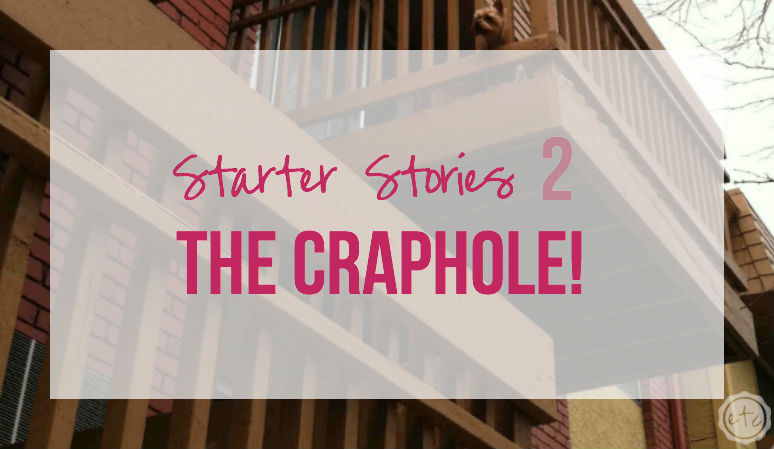 Do you remember last week when I told my very first starter story? Of my very first apartment? I told you how gorgeous it was and showed you my (slightly fuzzy) pictures of the fabulous decorations… this is not that kind of story.

After my first apartment but before our current little house my hubby and I lived in a one bedroom, one bath apartment. It was originally my hubby’s bachelor pad… so I had absolutely no say in picking it out! In fact I had originally looked at this exact apartment complex for my very own first apartment… and turned it down because it was just way too sketchy! 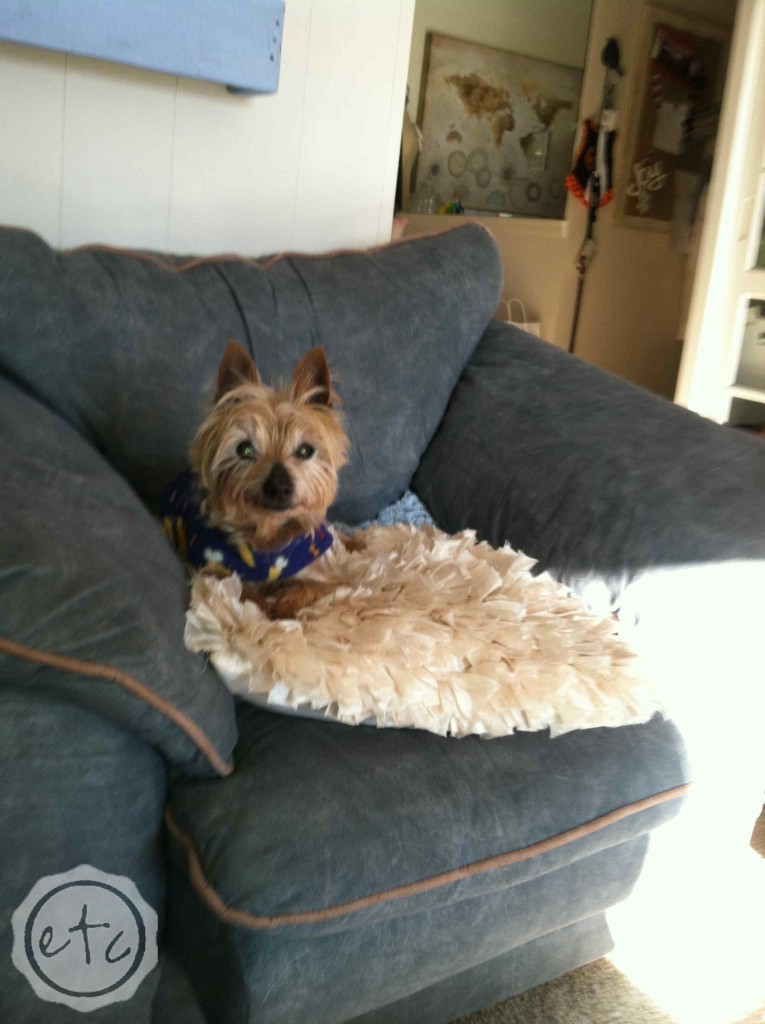 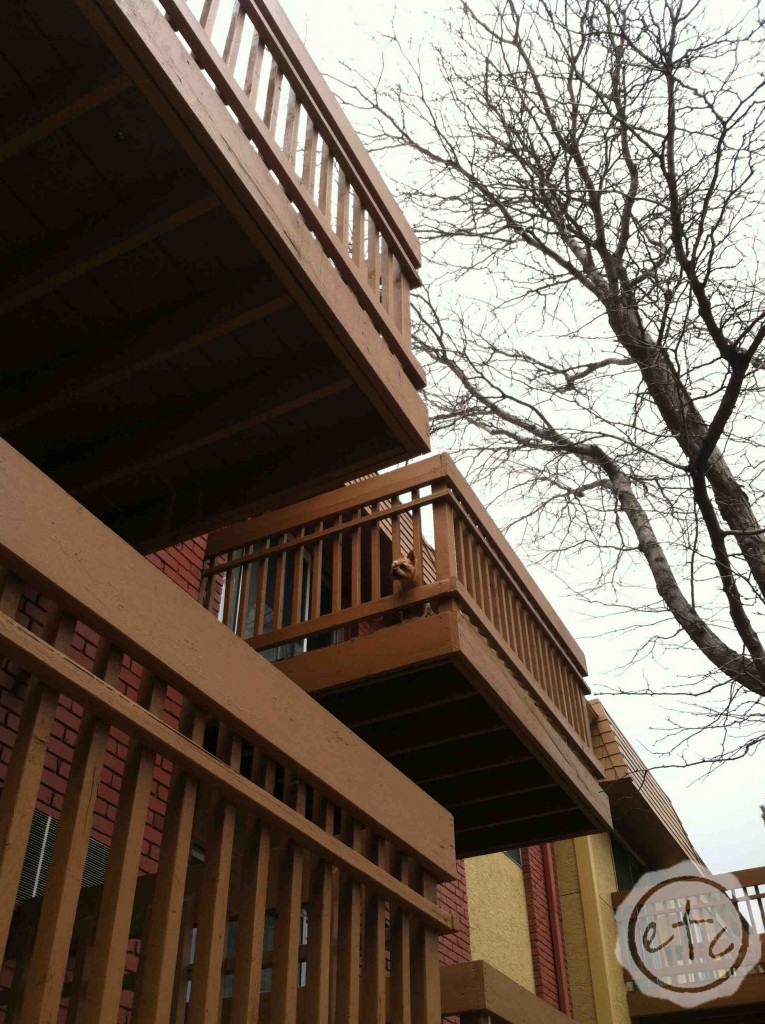 I think I whaled and told my husband it looked like a crack house. I tend to be overly emotional… but y’all won’t judge me for that right? My hubby and I lived here for about a year and while there was a roof over our heads and a door that locked… that’s about all this place had going for it! I did my best with decor but there’s only so much a girl can do!

Now if you think the pictures from the last post were bad please excuse these… normally I would never post pictures this bad on the blog but I wouldn’t leave y’all without any visuals! Since I hated this apartment so much I never bothered to take real pictures… which means today we are left with whatever photos I happened to snap on my iphone… you may or may not see my hubby balancing a cheerio on his nose. 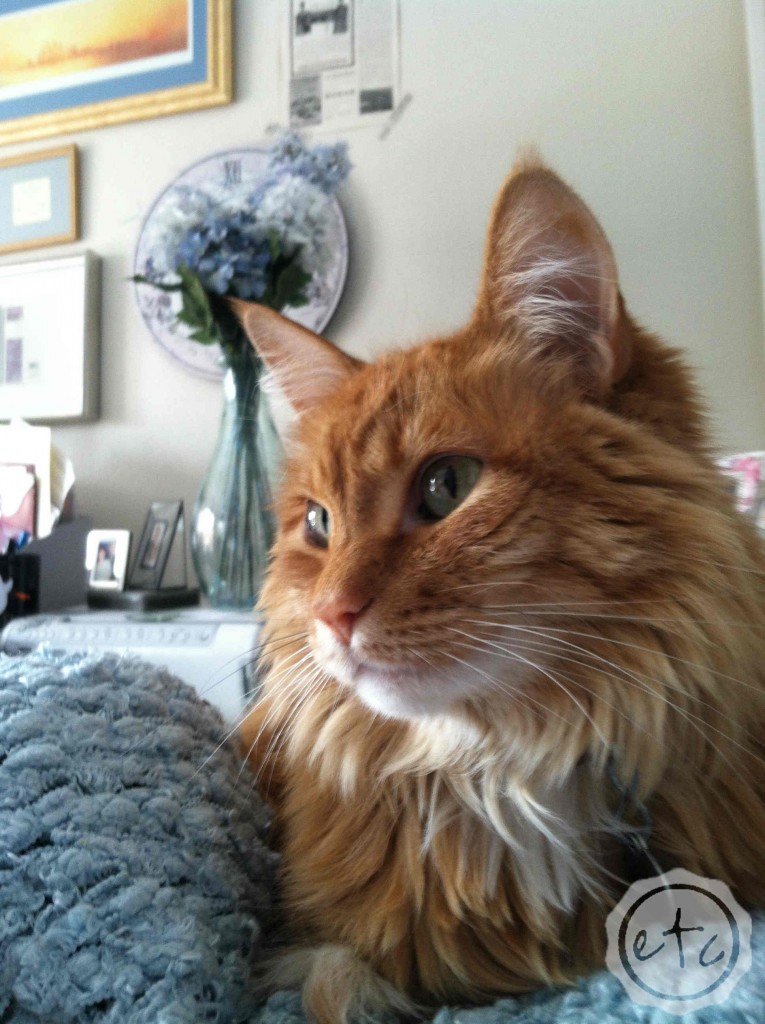 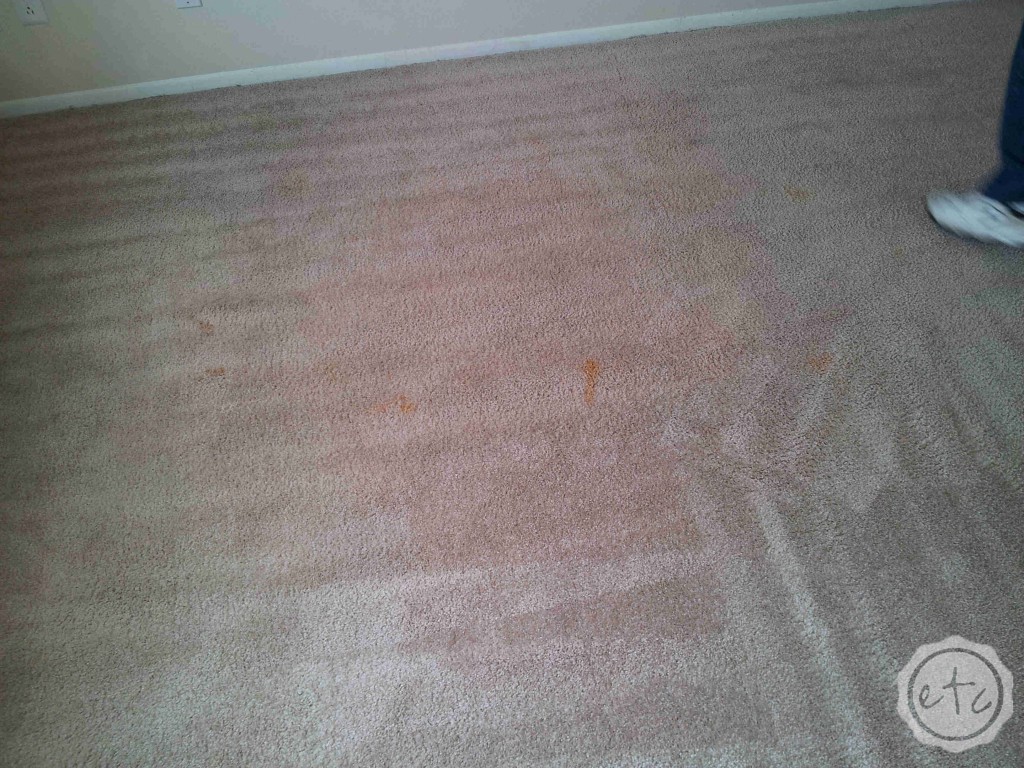 This apartment had several highlights… for example the air conditioner didn’t work. Maintenance “fixed” it several times but it never blew a single bit of cold air… this was my husbands favorite part… he hates to be hot! The carpet was highly stained… and even though we used a carpet cleaner to attack the space before we moved my things in… the stains never really came out.

Even though we owned my gorgeous cast iron bed (the one currently in our master bedroom) we decided to keep my husbands horrible monstrosity of a platform bed. It’s ugly as sin but the drawers provide plenty of storage which this apartment definitely needed. Plus my little cast iron rails took up less space in our storage unit… and were slightly easier to move! The platform bed is just a little cumbersome! The roses on the bed are my husbands version of a Valentines Day surprise last year… he is just the sweetest thing! 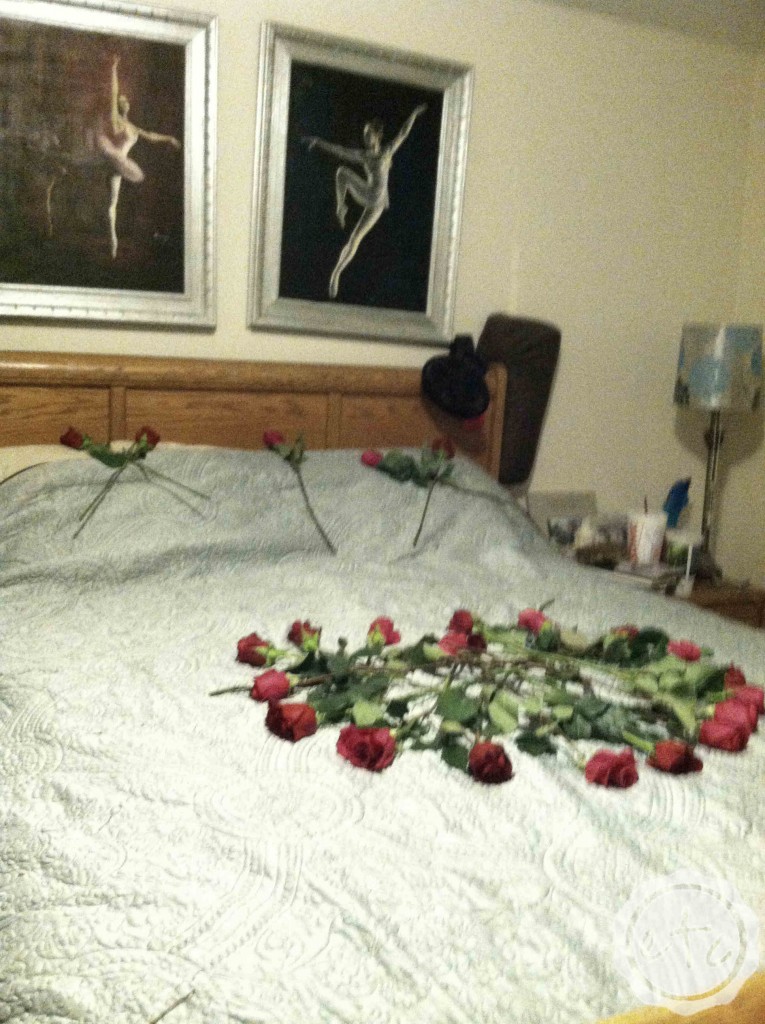 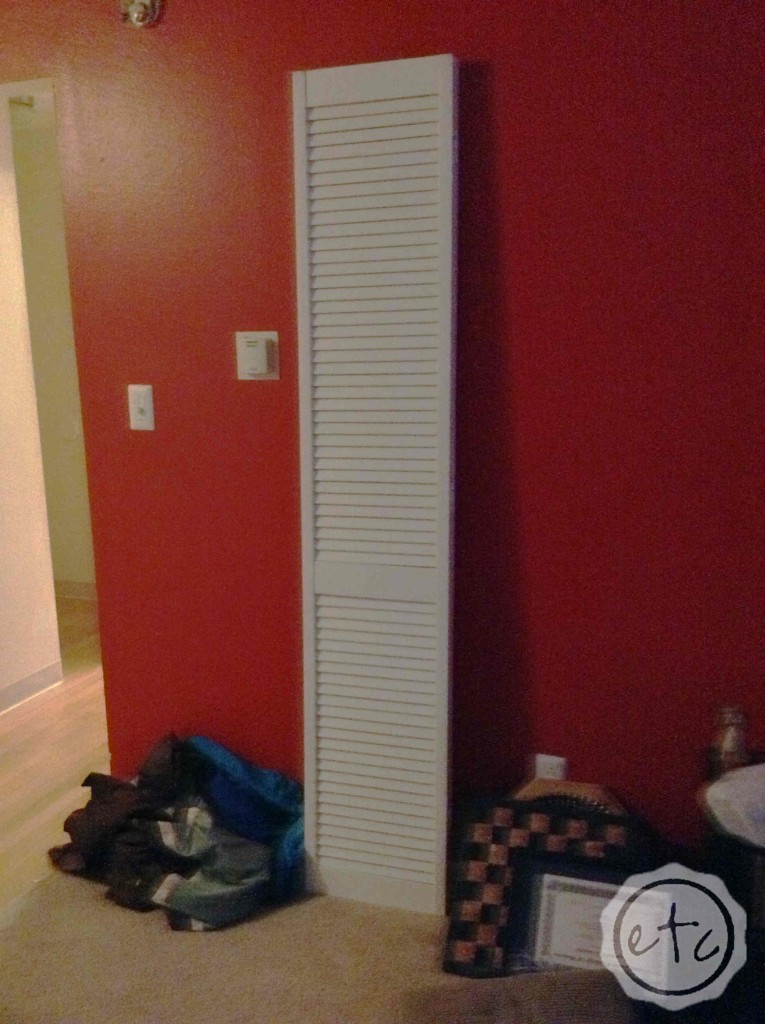 The previous occupants left a bright red wall instead of painting the space back to builders beige… we grabbed a bucket of paint to fix the “problem” and the wall quickly turned blue! However the shower curtain rod never quite stayed in place… we had to warn guests not to open the curtain to quickly, otherwise they may be hit in the head!

My personal favorite part had to be the kitchen cabinets! They hung off their hinges at the oddest angles and even though the hubster tightened the screws several times they never quite hung straight! After a couple months the hubster simply gave up and took the cabinets off their hinges. It’s alright… open shelving is in right now right? 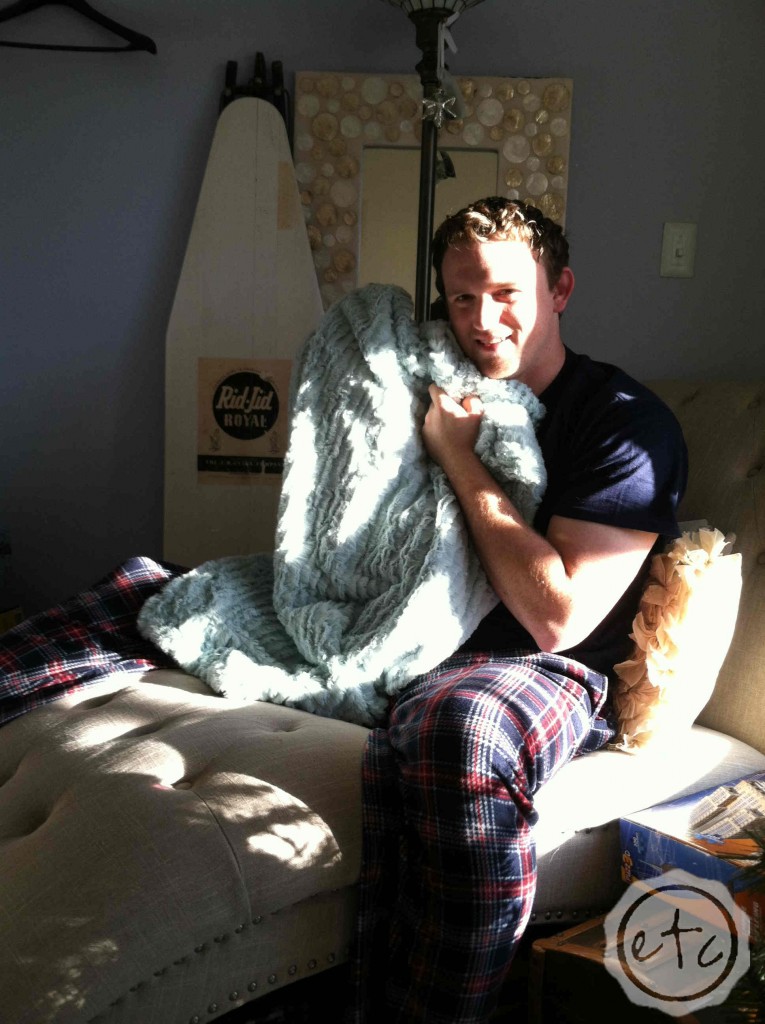 I’ve saved the best photo for last. Isn’t he cute? If you look past my hubby’s nose… literally you will notice that the closet doors are slightly ajar. No we aren’t lazy. That’s as far as they close! No matter what we did the doors simply would not shut… trying to fix the problem simply seemed to anger them! Silly doors. 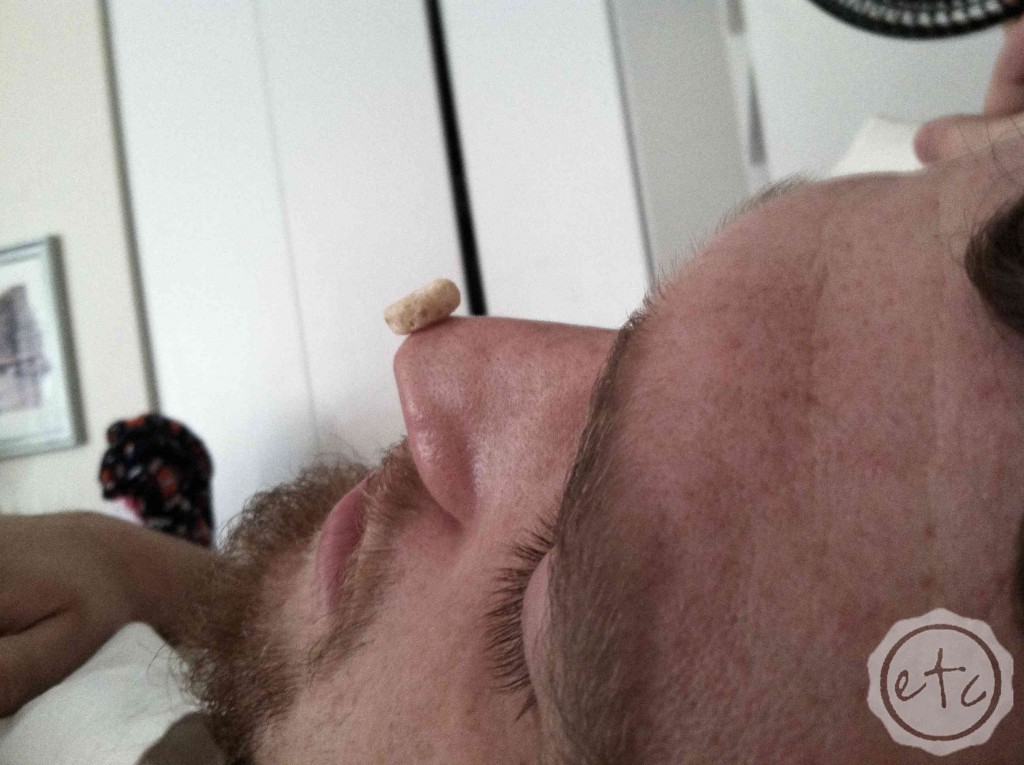