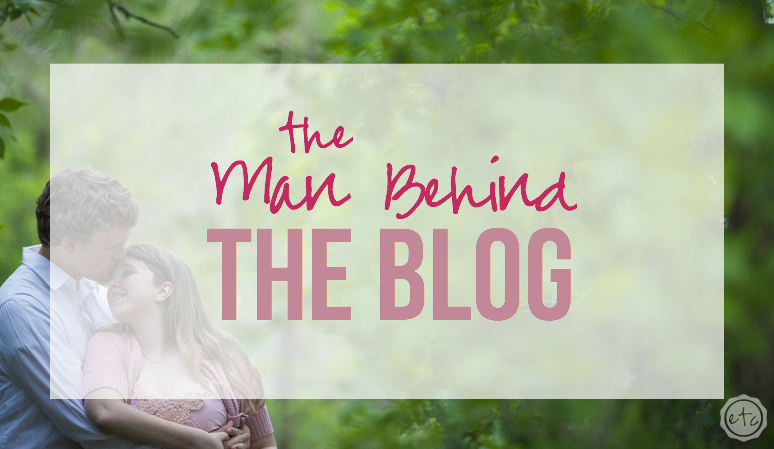 Welcome back for another fun rendition of Man Behind the Blog! This month is my favorite so far… because it’s all about weddings! Betsy Gettis from Heavens to Betsy (my name twin) and the host of this little monthly series is getting married THIS week! Isn’t that crazy? I can remember our wedding day like it was yesterday… although it was only a year ago so it’s still fresh in my memory! 😉 The hubby still looks wistfully off into the distance and says “I wish it was still our wedding day… that was such a good day”. I Hope Betsy and her fiance have a beautiful wedding and a day filled with laughter.

In the meantime… let’s get my hubby to answer a few questions! If you haven’t read a Man Behind the Blog post before this is how it works… every month Betsy posts 5 fabulous questions for the next month. We get our guys to answer her questions and then we head over to her blog to link-up! The best part? After hearing my hubby’s answer’s you can head over and see what all the other guys have to say! The link-up over at Heavens to Betsy happens the last Thursday of every month… so grab your guy and meet us there! I can’t wait to read all the answers! 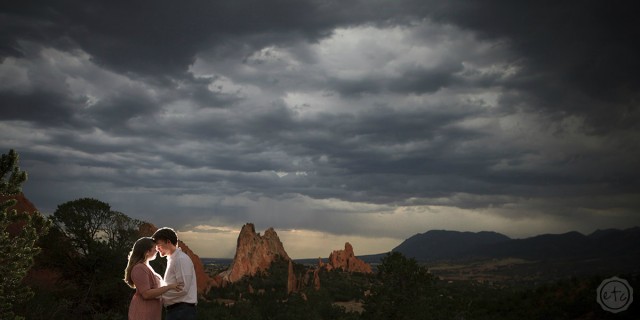 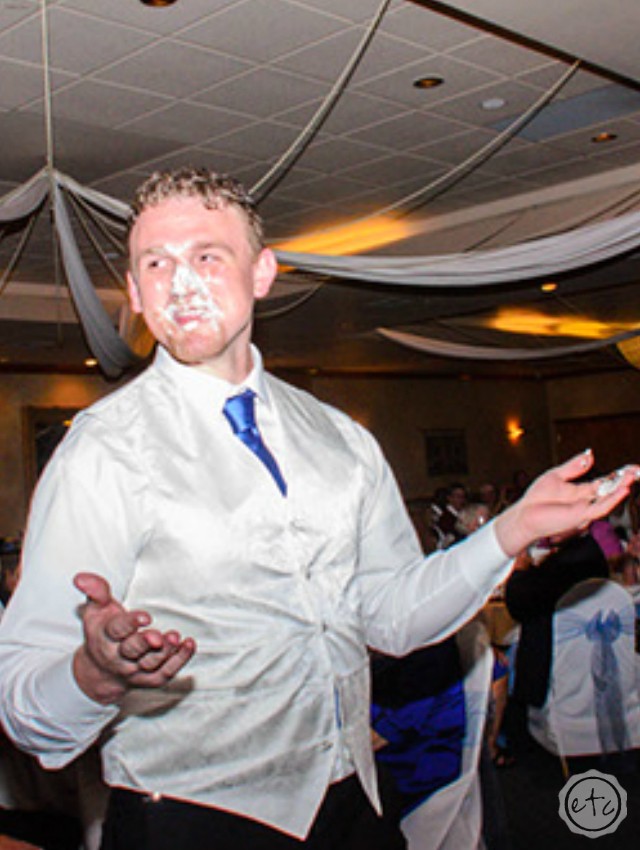 Share a funny wedding story with us – it could be from your own or one you attended.

We were at our wedding and it was time to cut the cake. We had come up with a previous arrangement that there was going to be no shoving of any cake in any faces. So we go up to cut the cake and she takes her piece in her hand and I take my piece in my hand and as I’m about to feed her her piece… when I feel her rubbing cake all up and down my face. So I say “aw hell no” and start to rub cake all over her face!

*just a note… he did not say “aw hell no” but I had to edit what he DID say… it wasn’t family friendly 😉
On the topic of love, who was your childhood crush?

It was back in middle school… I had just started the seventh grade.  I was a little awkward and nerdy back then and I didn’t muster up the courage to talk to her until the very end of the school year. I came to find out that she was just as shy as I was and had liked me the whole year as well! I still kick myself in the *honey buns* for waiting so long.

I think mine is physical touch followed closely by words of affirmation. Growing up without a bunch of good relationships physical touch is my way of feeling close to people. As far as words of affirmation goes I sometimes need to be reminded of the good things I can do and be.
My wife on the other hand enjoys acts of service. Which she wastes no time exploiting when asking me to do the dishes. (which is pointless since he has skated out of doing the dishes for TWO WEEKS now! Plus, isn’t the point of acts of service that the acts are done without nagging? I don’t think it counts if I have to follow him around saying “do the dishes, do the dishes, you want to do the dishes!). Her second love language would definitely be quality time which often includes a chick flick or two… or me acting as a virtual assistant. (Does anyone else outsource blog work to willing husbands? He’s gotten pretty good at working on my facebook, instagram and pinterest accounts!) 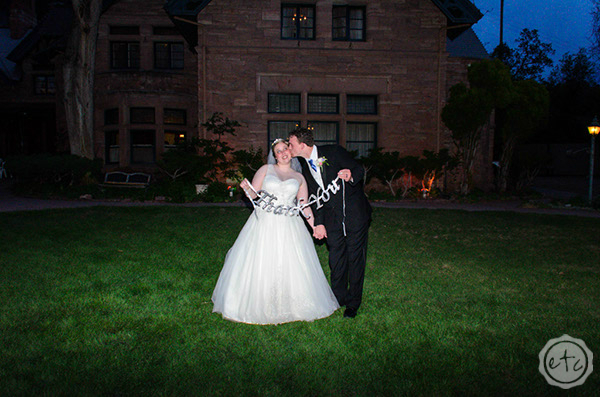 How did you meet your significant other?

We met while working together at Marshall’s in Colorado Springs. I had just been hired as a shoe department associate and a week later Betsy was hired to work in women’s accessories. We worked together for a little while before she invited me over to watch a movie with a mutual work friend. (It was the avengers FYI) After that we started hanging out more… watching movies and staying up late talking. A couple months later, after a retreat with my church, I decided to ask Betsy out and lucky for me she said yes. (Let’s clarify… apparently him “asking me out” was when he put his arm around me during movie night and I didn’t push him off… there was never a formal ask out. *ahem ahem*)

A couple weeks after her birthday I set up a “birthday photo-shoot” with a local photographer. I spoke with the photographer ahead of time and set the whole thing up so that at the end of the photo-shoot  I would propose and he could get a picture of it. We went to the Garden of the Gods in Old Colorado City (where we would go hiking with our yorkie…. and where my mom and step-dad got married years before) and spent two hours hiking and taking pictures. The end of the session ended with a hike that led to a small ledge overlooking the garden (at sunset)… trying to be sneaky I pulled the ring out, got down on one knee and asked her to marry me. She was ecstatic! 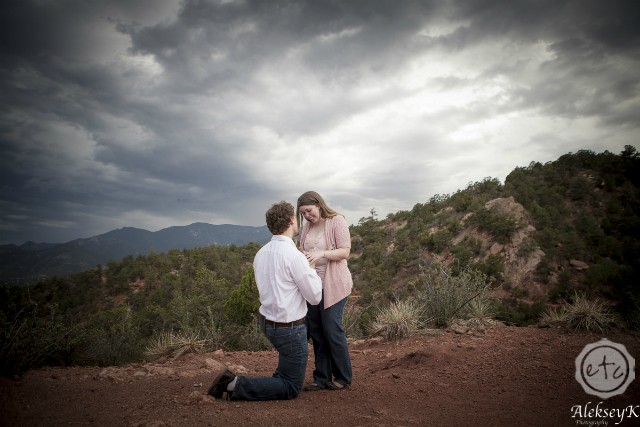 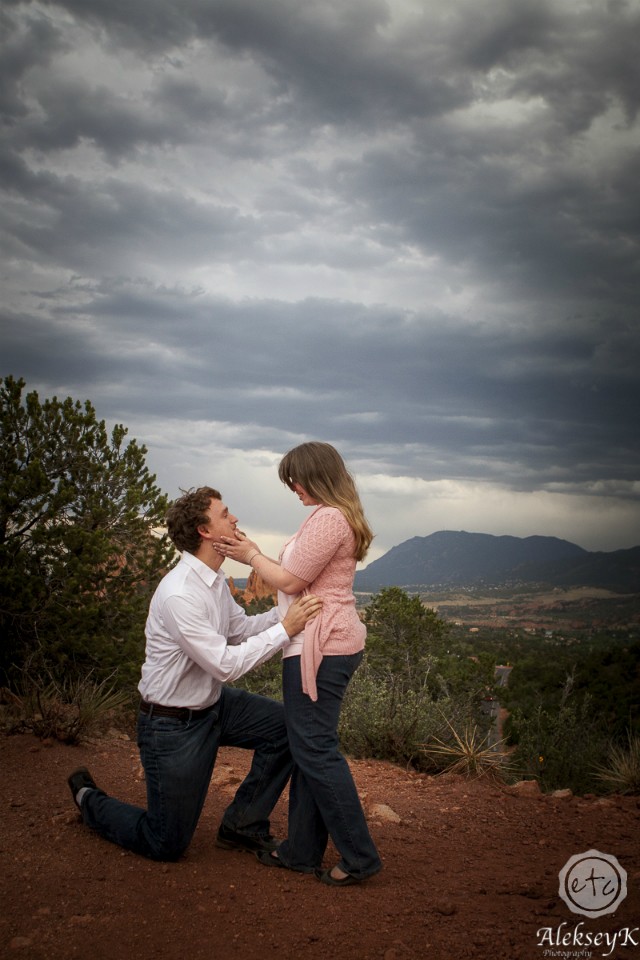 What’s the most interesting thing you’ve learned about blogging in the last year?

It’s extremely time consuming but it can also be very exciting. I love watching all of your hard work turn out for the best?

If you could make one improvement to our new house… what would it be?

Unpacking is at the top of my list… until we get things put away it’s hard to say which room I want to change most.

You wanted to paint your office stoplight green… are you crazy?

No I just really like green… and I would love to incorporate it somewhere in our house. If only my wife were open to it… either way it wasn’t stoplight green. Just green 😉 (Don’t believe him ladies… it was NEON green!) 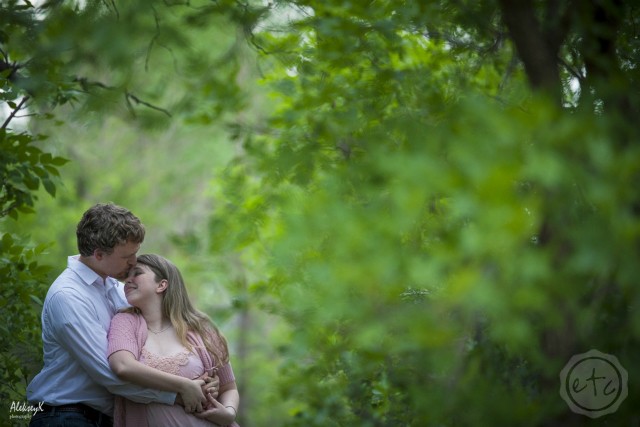 If I asked you to design a room (top to bottom) by yourself… where would you start?

I’d figure out what I wanted to do and then I’d do it *hysterical laughter* (This is why he’s not a blogger y’all… he has no words… I’m going to ask for more info…) Alright… I’d draw out a plan and start with a paint color, furniture, how to set it up. Then I’d paint the room, place the furniture and the knick-knacks come last.

When you first met me… what was your first impression of all my “stuff” aka my decorating?

I thought it was girly and too bright… I was a modern leather couch kind of person. I’m still not a girly person but I’ve gotten use to it. I like the addition of all the gray and I like the rest of the stuff because it makes me feel refined. Is that my last question?

He was in fine form tonight… every time he answered a question he tried to sneak in a couple minutes of the movie he’s watching on his laptop! Silly man! Want more Man Behind the Blog? Head over to Heavens to Betsy and read everyone else’s answers!! Wish her a happy wedding week while you’re there!

P.S. If you’re looking for a fabulous photographer in Colorado check out Jen from Platinum Pixs (who took our wedding pictures) or Aleksey K Photography (who took our gorgeous proposal pictures!). 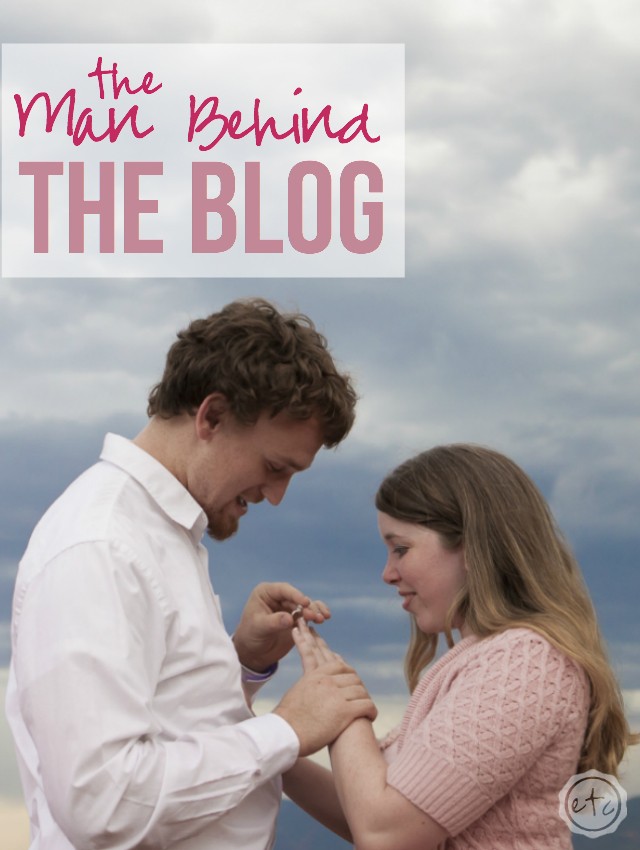 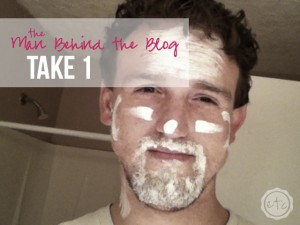 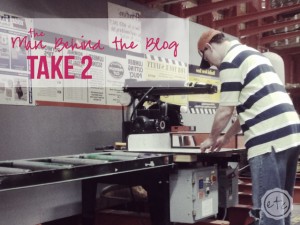 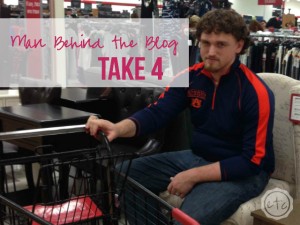