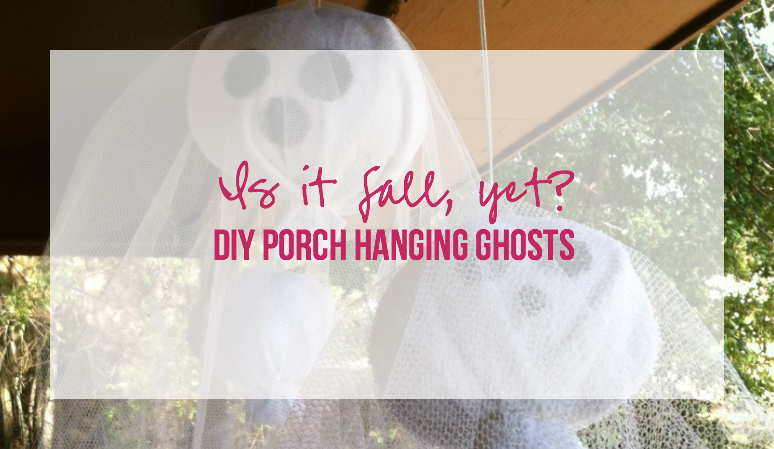 Although we haven’t entered the month of October yet, it is definitely Fall! And you know what that means…. Fall decorating! Now I typically don’t decorate for Halloween (besides a pumpkin or two) but this year I finally have a house. Not to mention I saw the cutest little hanging ghosts on Pinterest the other day, and just couldn’t resist making a set of my own! 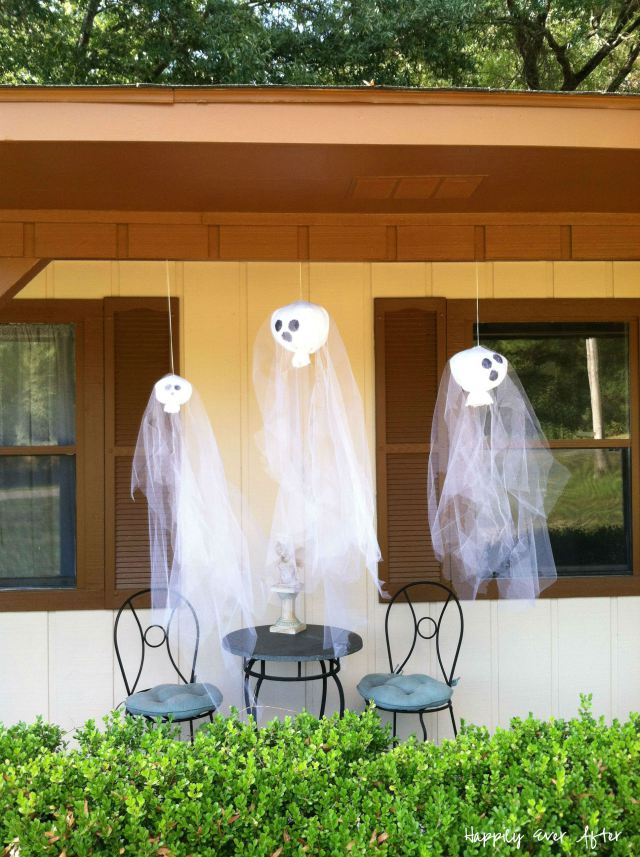 The hubby and I hit Wal-Mart last night to buy fabric for these little ghosty’s… he really is a saint since I decided we HAD to go at 12:31 in the morning! Hey when a girl wants to create… 🙂

We bought four yards of netting

at $0.97, so about $4 total.  Then we moved on to Styrofoam balls, unfortunately they were too expensive (about $20 for a set of three). So I decided to do what any typical girl would… make her own!

I already had stuffing

at home so I bought three white hand towels 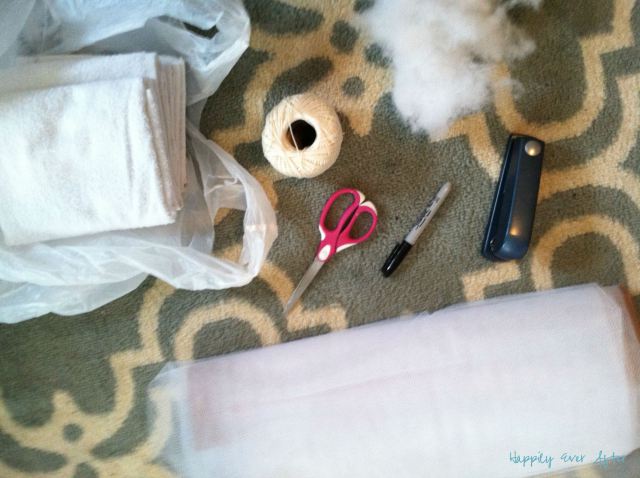 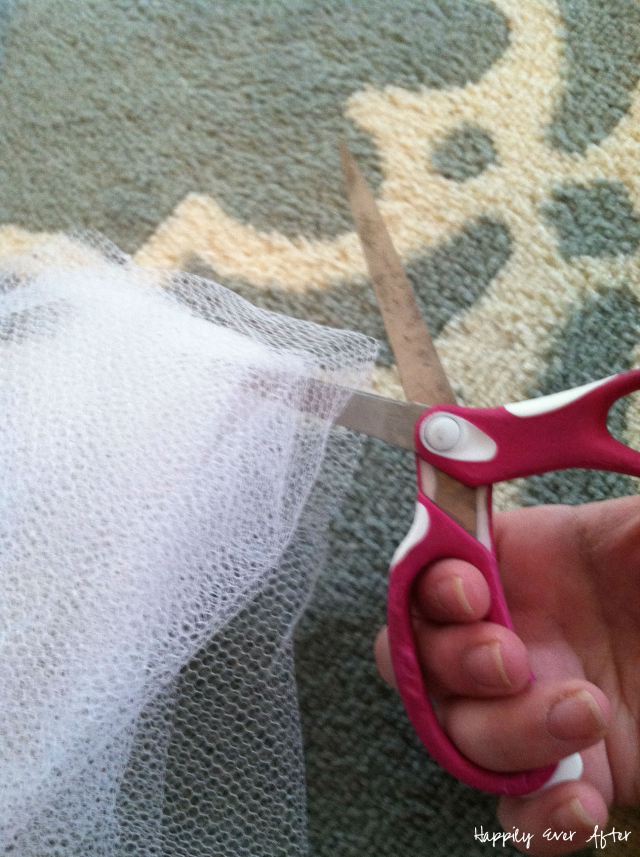 Go ahead and spread the netting out and cut three pieces. I made sure to leave one slightly longer than other two so that the largest ghosty had a decent amount of netting. 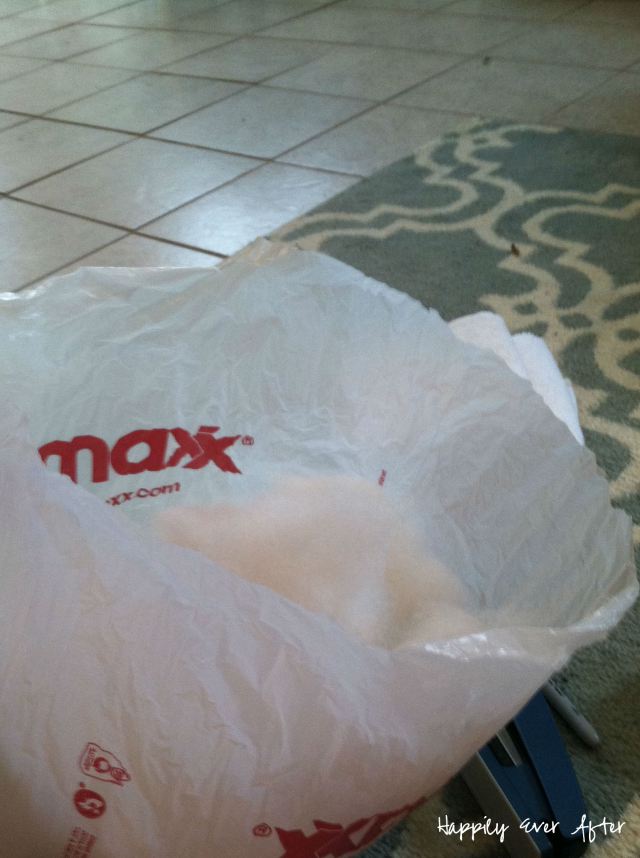 Next fill the white bags with stuffing

… you want enough so that when the bag squishes he still looks full. Remember stuffing is fluffy! Then I cut the handles off the plastic bag (so that they wouldn’t hang down like the tail of a kite) and used twine to tie the bottom off.

After a little finessing the first ghosty looked more round and less like a plastic bag stuffed with stuffing! 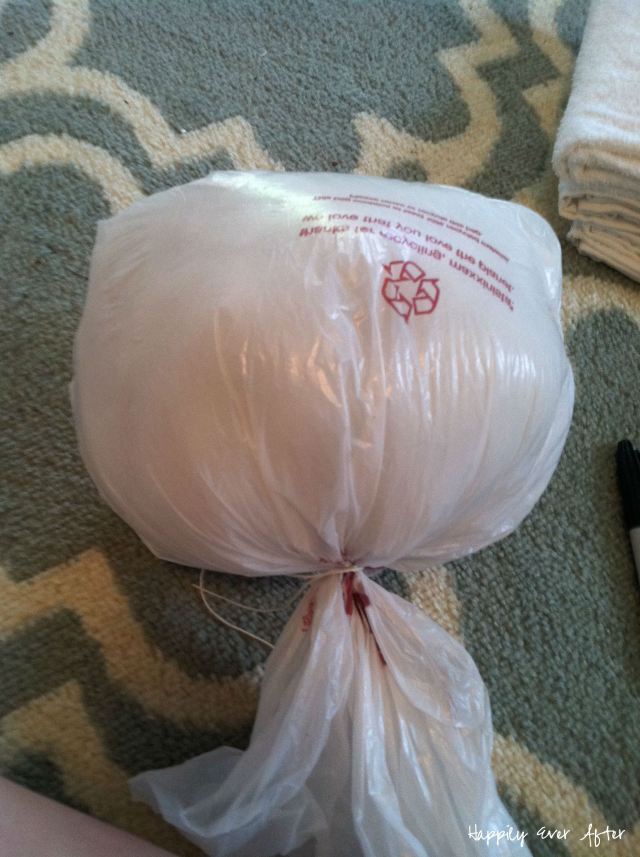 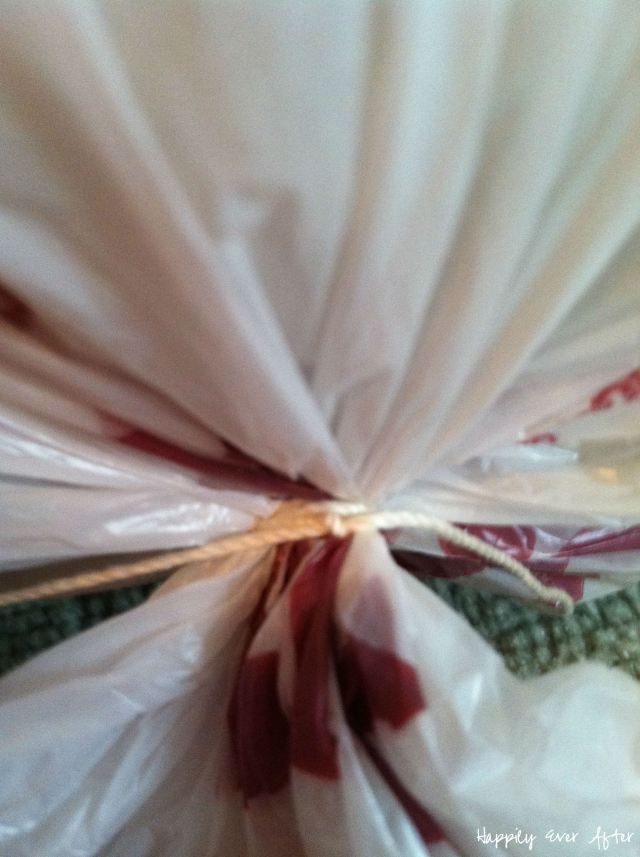 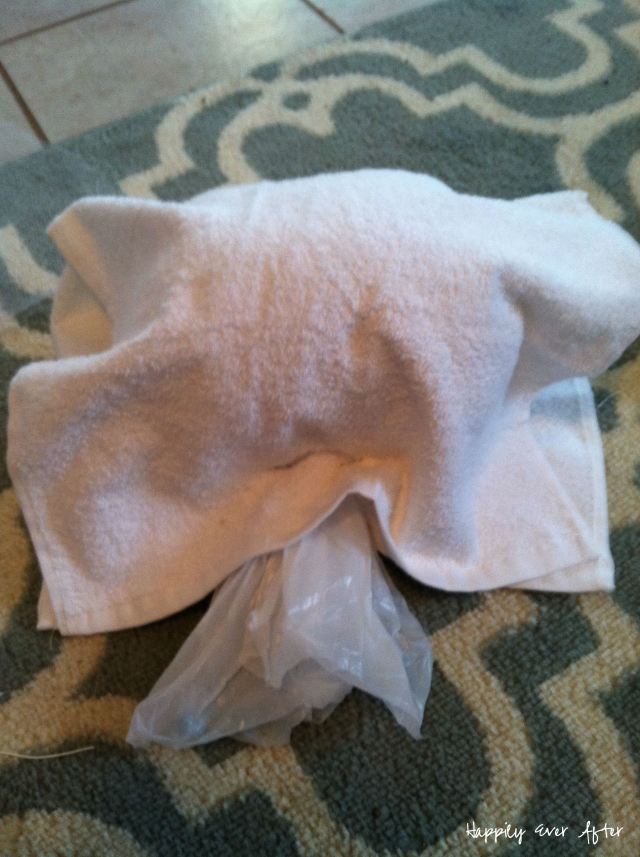 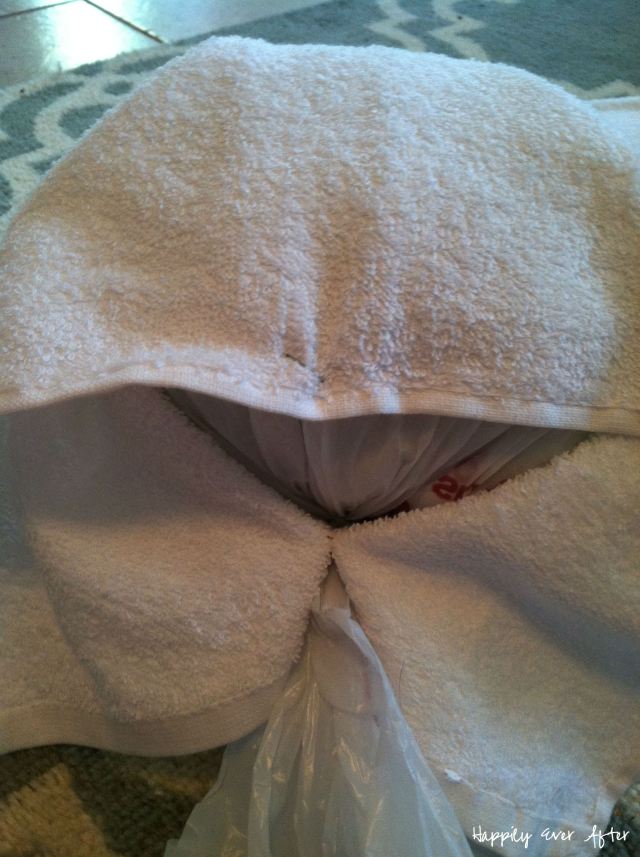 Now go ahead and wrap the hand-towel around the ghosty’s entire head, I wanted a distinctive round shape so I was very careful to lay the fabric just right.

I was afraid that the fabric might shift in the process (but I didn’t want to get out a needle and thread) so I stapled him shut! Now all you have to do is wrap the sides like a present (I stapled these for added strength) and tie the whole thing off at the bottom.

When you’re done you should have a distinctive round shape. 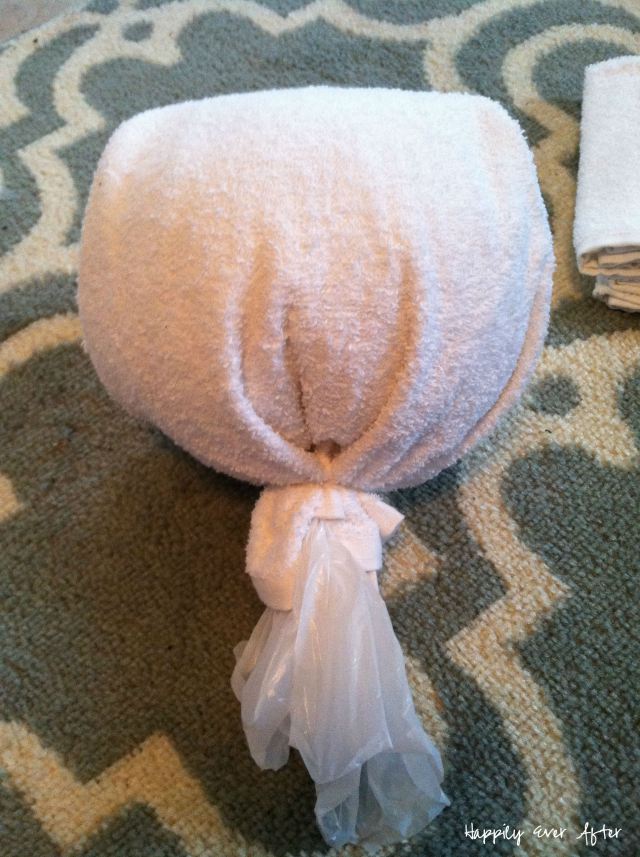 Alright ladies (and gents) at this point you can get creative! I decided I wanted a traditional round shape for my ghosty’s eyes and mouth, but you could get a little whacky with the shapes here… whatever floats your boat!

I simply grabbed a sharpie and drew his face on! Easy peasy lemon squeezy! Next I secured a string to the top of his head (again with a staple!) so that I had a way to hang him on my front deck. 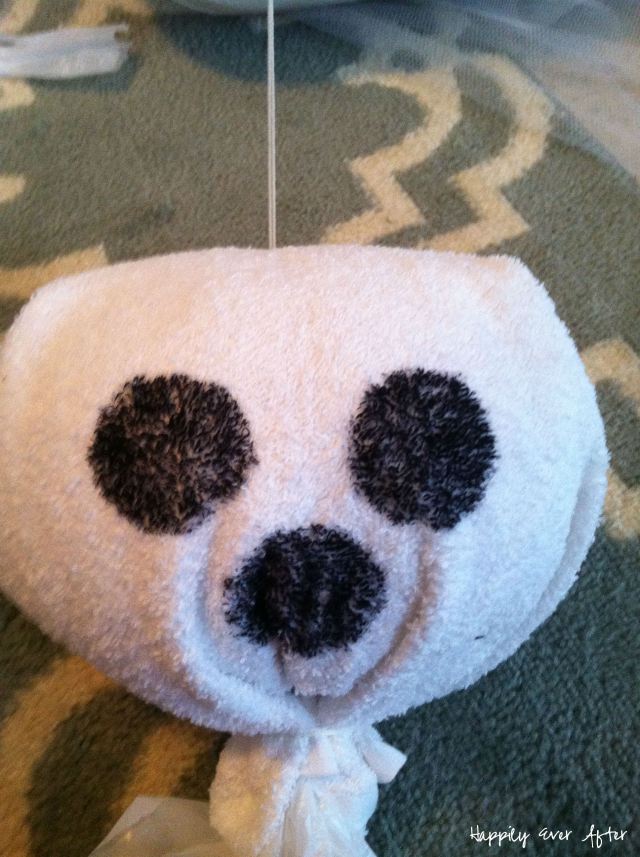 . Once it drapes properly you’re done! You can either leave him be or add some rips and tears in the netting for a “spooky” feel. I decided to tear mine up, I mean really these little ghosty’s are quite spooky! 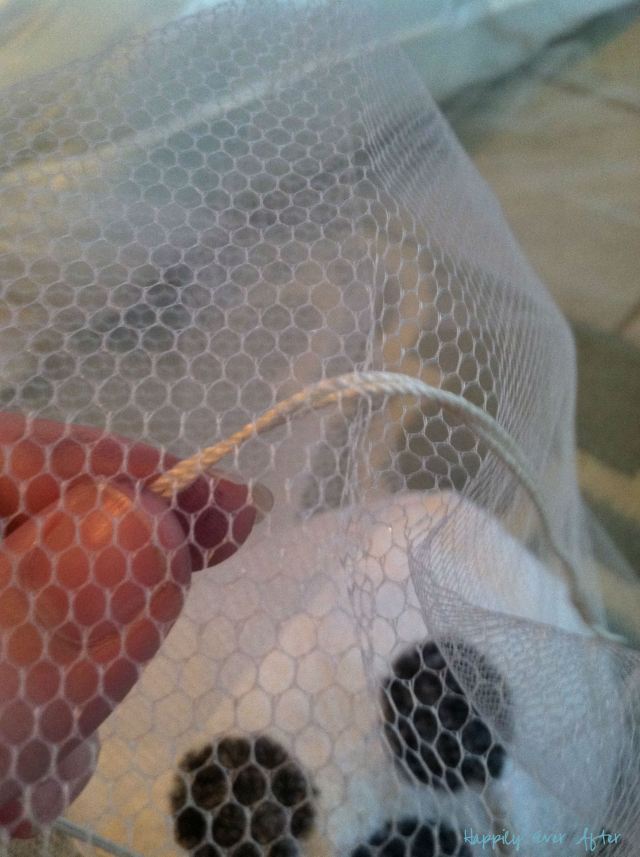 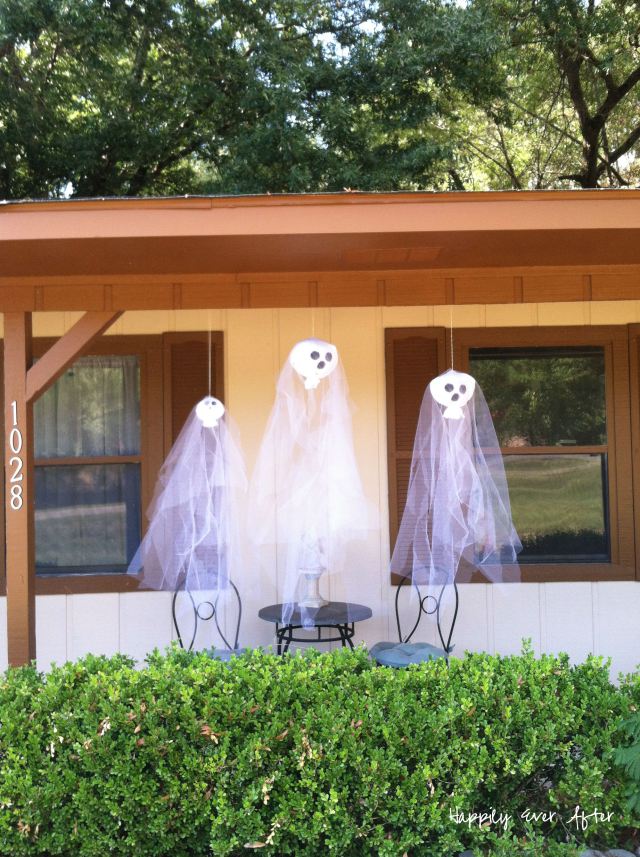 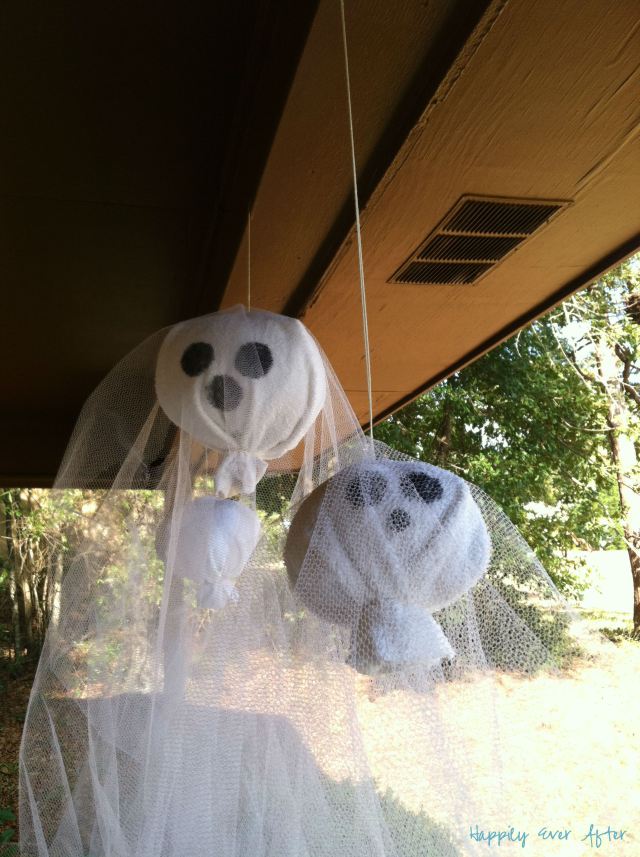 This post contains affiliate links to helpful products to complete this project!

I just love how they look on the front porch, twisting and swaying in the wind! I still need to add some pumpkins but I think these guys are going to steal the show! And to think it only took $7 dollars and about half an hour!